From the Gurob to the Getty at the Petrie Museum

One of the stand out stars at last year’s Beyond the Nile exhibition at the Getty Museum in LA was the Gurob boat: a small model boat, with a black curved bottom and coloured wheels.

For a limited period the boat is on show in London. It is held by the Petrie Museum but has rarely been put on show because of how delicate it is.

The model boat is important because it resembles a Myceanean Greek ship. This proves that there was some form of connection between Egypt and Greece even at this early period. 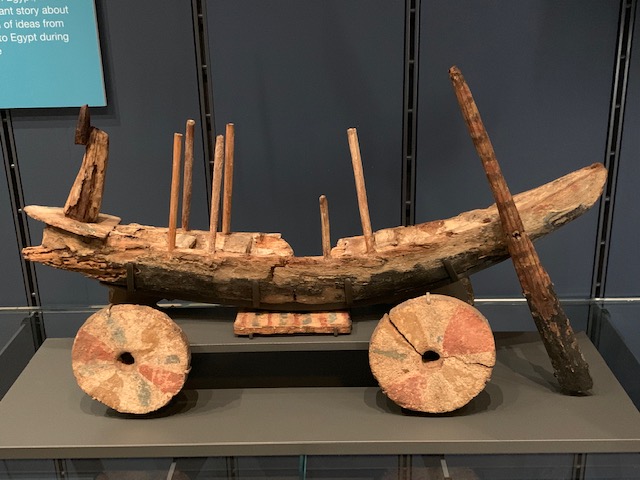 Gurob and the wider world

“At Gurob, the foreign connections were the special interest. For the first time, [Mycenean] pottery was found in place in Egypt”.
Flinders Petrie, 1930

The ship dates from the New Period (c. 1550 – 1069 BCE) during which international trade and diplomacy flourished and the Egyptian empire extended across the North East into Syria and South into modern day Sudan.

Gurob, near the Fayum, was home to a Harem palace in which many women and children married to the pharaoh in diplomatic alliances lived.

We know the identity of one woman who lived in Gurob: the daughter of the Hittite King Maathorneferura who was married to Ramesses II. A hieratic papyrus serves which a marriage contract on it.

Foreign objects, like the Gurob boat, might have been brought by the foreign people living in the palace, or perhaps, imported through trade or booty.

The archaeological finds from the Gurob include several items which are likely from, or resemble items from, Mycenaean Greece, Cyprus and Babylon. During this period, foreign styles of pottery became popular such as the “Pilgrim Flask” which is also known from other areas in the Near East. 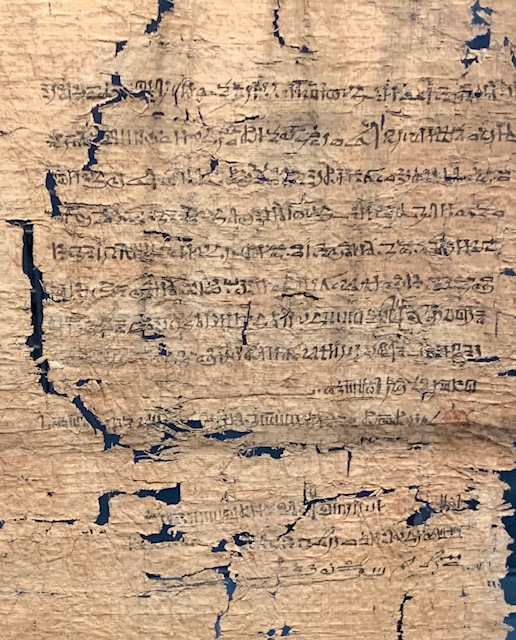 The Gurob Ship-cart which resembles Greek models is perhaps part of this trend.

The scholar Shelley Wachsmann who analysised the model and created a restoration, asks whether the wheels on the ship show how the ship was intended to travel overland, possibly during a religious festival.

Model boats were a key item for ancient Egypt. They reflect the importance of the river Nile both in everyday life, religious ritual and religious meaning. The Nile set the seasons and gave Egypt the rich silt and water which made it possible to build and sustain a developed civilisation. Annual festivals celebrated the flood during the dog days of Summer.

The ship with its black prows resembles the boats that Homer describes in his two epic poets, the Iliad and the Odyessey.

In Homer the ships are important. Book II of the Iliad, has a section called the catalogue of the ships which lists the Greek contingent by the number of ships from each region of Greece, e.g

The Greek army camps around their beached ships. Throughout the Iliad they are a powerful symbol of Achilles’ anger and the distance and closeness of home, as it continues to be in the Odyssey. It was on a ship, possibly, resembling this one, to which Odysseus lashed himself to the mast as his crew rowed through the sirens, frothing at his mouth to get at them.

At a much later period, during the Greek and Roman periods, Homer was widely read. His works were both the main classroom text for learning Greek and were possibly treated as a religious text during the later periods when the Christianities and Judaisms in Egypt had their own scriptures.

What was the ship “For”? Was it a toy, a moment of home, a religious artefact? Perhaps, it was it all of this or none? Whatever it was, it is a stunning piece and a reminder of how entrenched international travel and migration is to human society.

A stunning ship, see it whilst you can. 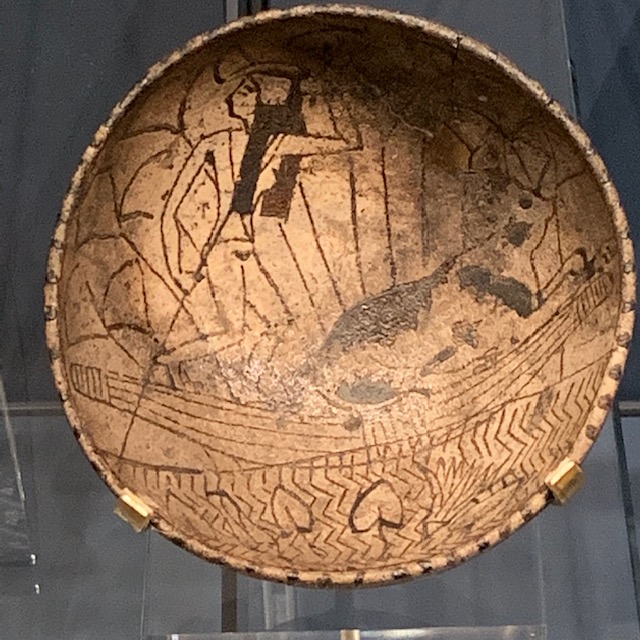