Wetwang Slack by Francis Upritchard has opened in the Barbican Curve.

Named after the site of three Iron Age chariot burials, Wetwang Slack mixes the modern and the ancient, the ephemeral and the timelessly classical in a show that refuses to elicit meaning and rejects definite positions. 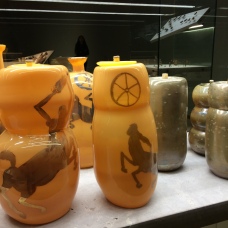 The show is an eclectic mixture of objects set in the luxuriously smooth brutalist Curve Gallery – a 90m 180 degree clean sweep, below the Barbican Hall.

It is a gathering of things in material form. The displays ape museum exhibitions or shop displays. Frances Upritchard talks of her first visits to Brick Lane market after moving to London where she would see people selling random collections of items.

The items that bring a joy to most visits are the hats. Frances has designed a panoply of gorgeous hats which make millenary a millenarian art form.

The collection refuses to offer meaning or be simplified into representation. It is both art and craft and neither of these two things at the same time. Frances was inspired by Indian painting, which places small items at the top and big items at the bottom of flat vistas to create an abstract perspective effect. She has used this in Wetwang Slack to stunning effect. 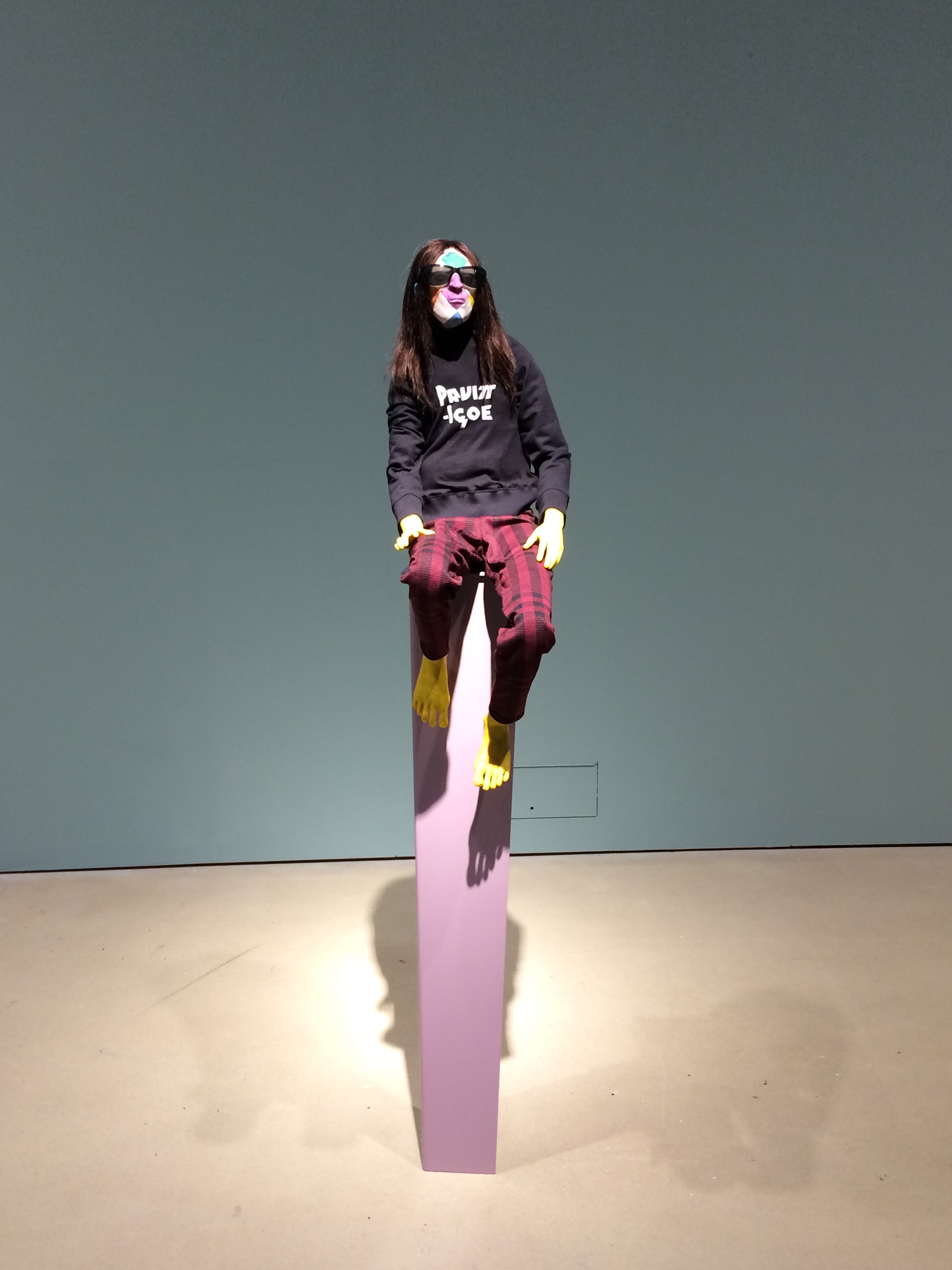 The shows ends with powerful pieces referencing the great Parthenon Marbles made under the watchful eye of Phidias and his school. Centaurs for Frances signify the Sci-Fi author Olivia Butler.

The Parthenon frieze depicts a centauromachy, a fight between Greeks (the Lapiths) and centaurs at a wedding feast.

In Wetwang Slack, the backing stone is from the Miracle of Termeno, a boulder which smashed down the Alps just missing a house. The story of the stone mirrors similar mythic stories of divinely found objects such as acheiropoieta or even the Elagabalus. The angled shape reminiscent of the pediments at the front of Greek temples. Although the East Pediment of the Parthenon depicted the birth of Athena and the West Pediment depicted a contest between Athena and Poseidon.

The centaurs at the end are made with a specialised rubber derived from the Amazon rainforest. Frances moulds the creatures underwater in a labour intensive process that requires at least two people. The rubber gives the centaurs an almost leather-like finish, like a body preserved in peat. It is very different from the start of the show. Is this the death of a culture, or its rediscovery. These questions are perhaps redundant in an exhibition which leads us safely through a maze without the help of string.

Ultimately the show cannot be reduced to classical allusions and nor would I want to. It is a brilliant show that cannot help but challenge, cheer and chastise people seeking meaning or nonmeaning. 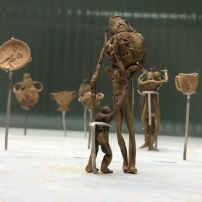 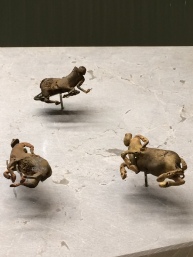 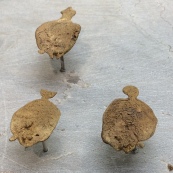 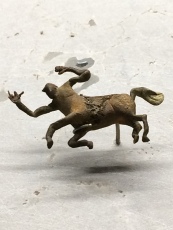 Verry nice. What was your favorite hat tho?

Probably the Inca style hats. Very cute, clever and creative. Reminds me a lot of Anni Albers’ work currently at the Tate. You