If you want to visit sites associated with Ancient Mediterranean cultures the best places to travel are Rome (and Italy), Greece and Egypt but there are other places which are also great. The top 5 below are just the places which are easy to get to from the UK.

This famous aqueduct in the South of France is a beautiful site. Crossing the fast running Gardon River, the three tiered arches of light brown stone work is the epitome of poise and elegance.

The opposite of the Post du Gard, Hadrian’s Wall is a utilitarian bulwark on the wilds of Northern Britain. Although the purpose for its construction have been debated, it is still an impressive site. You can walk along it.

London has several Roman ruins, including a amphitheatre and Mithraeum. Museums like the Petrie, British Museum and Museum of London are also richly stocked with ancient objects. If you are visiting from other countries, it’s the ideal starting point for excursions to Stonehenge, Bath and Coventry.

The German City of Cologne was developed out of a former colony on the strategically  important frontier. The frontiers were vital areas for economic and political life of the empire. Cologne contains several sites in good condition and the Römisch-Germanisches Museum contains exquisite art and objects. 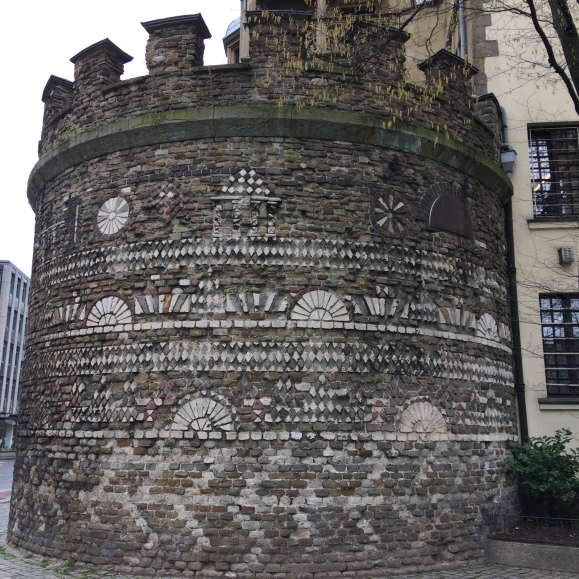 Possibly unique in terms of modern cities developing out of ancient sites, the Croatian city of Split grew from the palace of the emperor Diocletian who after reforming the Roman Empire, retired to grow cabbages in his palace at Split. His palace was built like a fortress and resembled a roman camp in its organisation.

Parts of the modern city are built within the remains of these walls. You can visit converted temples and relax in the shades of grand rooms. Croatia is a great tourist location.

The city of Coventry will become 2021 City of Culture. One of its hidden gems is a partially reconstructed Roman Fort, strategically placed near to the vitally important Fosse Way.