One of the earliest references to the Arab conquest of Egypt can be found in a coptic coptic hagiography called the Life of Samuel of Kalamun. Yet the biography is more interested in arcane theological disputes.

The Life of Samuel of Kalamun was written by a monk in Samuel’s monastery Isaac the Presbyter. Isaac writes how he was written the book four generations after Samuel’s death (roughly 760 CE). However, the noted scholar Papaconstantinou has argued that this text could be a reworking of an earlier text written before the the Arab conquest of Egypt (642 CE).

Samuel was a prominent churchman from an early age. This was through family patronage which followed standard practice in Egypt. At 18, he chose to become a monk against the wishes of his parents but with the support of the angels.

Following adversities, an encounter with the forces of Chalcedon and Berber raiders, he founds the monastery of Kalamun. Samuel receives several visits from angels during his lifetime, including a conversation with a donkey and even receives a vision of the Virgin Mary who promises him the monastery he has founded will not be harassed by Berbers.

Most notably before his death of old age, he is visited by an angel and praised in words stylistically mirroring the words of the annunciation found in The Gospel of Luke.

Samuel’s Life focuses on the experiences of the Miaphysite Church and not on the experiences undergone as a result of the great historical events of the early seventh century. Indeed, there is almost no evidence of these events in the text. We see the increase of Berber raids, which plagued several monastic communities at the time and there may be a passing mention of a requisition of supplies intended for Medina. Otherwise there is no mention of either the Persian or Arab conquests.

The only historical event that is given space is the Persecution of Cyrus, the Chalcedonian Patriarch. Cyril was appointed Patriarch with plenipotentiary powers. In doing this Heraclius went against the precedent began with Diocletian of appointing separate Civil and military leaders in Egypt.

During this period the Roman Empire and the Persian Empire were at War. Egypt was occupied from 621 CE the Persians even occupied Egypt. In 629 CE Haraclius had definitively defeated Persia.

With hindsight Heraclius decision to persecute the miaphysites in Egypt was a strange choice as ten years later Egypt would be conquered by the Arab armies. At the time it looked like he was in an unassailable position.

The realities of Cyrus’ administration are hard to determine but it seems that he enjoyed some successes. Yet history has judged Cyrus harshly. Butler writes of Cyrus’ ‘reign of terror’. Frend argues that he was a bad appointment and did much to identify Chalcedon with Roman imperialism.

The visit of Cyrus’ agent to the monastery of Scetis is a moment of high narrative tension. He forces all the monks subscribe to the Tome of Leo. The agent orders Samuel’s flogging, which nearly kills him. An angel heals Samuel and tells him he has received a confessor’s crown for his actions. At this point of the narrative, Samuel is brought before Cyrus and questioned on his faith.

Samuel tells Cyrus ‘It is better to obey God and our father, the archbishop Benjamin, than to obey you and your demonic teaching, you son of Satan and deceiving Anti–Christ’.

Such words would have had high significance and meaning to the community hearing these words.

But we must remember who was reading these words: Christians during the early centuries of the Arab period. The fact that texts continued to focus on Chalcedonian persecution suggest two things. Firstly that the memories were deep and secondly that the Arab conquerors were not anti-Christian.

The Miaphysite Christians benefitted from Arab rule in Egypt. They were no longer a prescribed heretical sect, but rather a non-elite religious majority. The actions of Heraclitus and his governor Cyrus remained strong in Christian memory.

Recent books have anachronistically described Heraclitus war against the Persians as the First Crusade. There is a truth to this, when we consider who fanatical, bloody and ultimately counter productive such military actions were.

The importance of the Life of Samuel of Kalamun

Although the Life of Samuel of Kalamun is an obscure work, it sheds important light onto the final days of Roman Egypt and more importantly about how Roman Egypt continued to be understood by Egyptians. 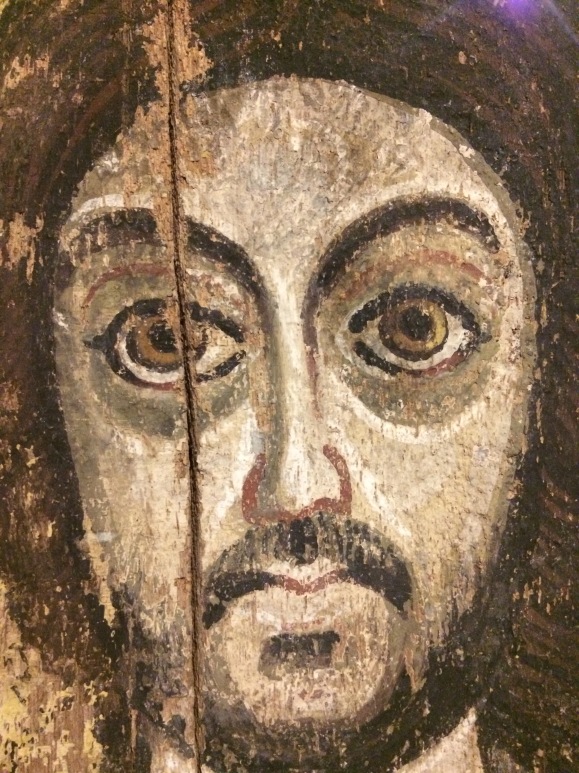