The Great Fire of London in 1665 destroyed much of medieval London. Although the City of London was rebuilt largely on the medieval street plan, buildings were modernised in the classical style. The most famous architect of this period is Sir Christopher Wren.

The monument to the Great Fire of London designed by Sir Christopher Wren is not the most obvious site to see Wren’s work, but the column of the great fire offers amazing views for £2. The relief at the bottom shows Charles II in classical style. 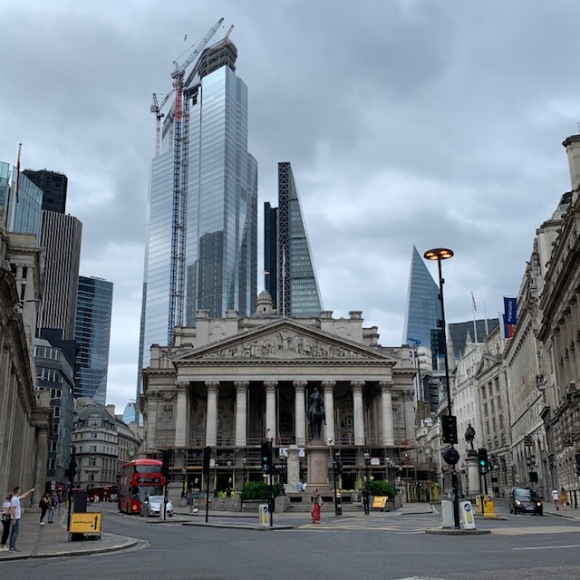 The Bank of England building is high security classicism. It would be hard to break into this building. There is something slightly dystopian about it. The front is classical piedmont, similar to the Pantheon in Rome, but the back is high blank walls with tasteful ornaments and corniche work.

Sir John Soane designed the Bank of England, but his buildings were demolished in the Twentieth Century.

The quintessential postmodern building. Postmodernism combined different elements in a playful style. No 1 Poultry was designed by Sir James Stirling. Classical elements abound but it is best to take this building in toto.

Wren’s masterpiece St Pauls is perhaps the finest building in the UK. It was rebuilt following the great fire of London and has become a symbol of national pride and resilience, especially during the Blitz. It was designed in the Baroque style popular at the time. The Cathedral took over 30 years to build.

A church may have existed on the site from the Anglo-Saxon period. William Camden even claimed that the location was the site of a Temple of Diana, although this is no longer credited by modern historians. 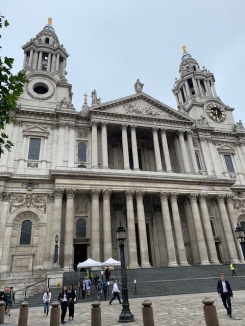 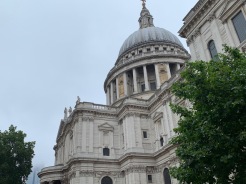 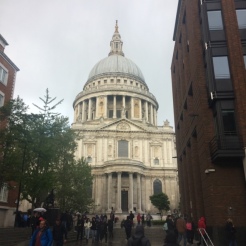 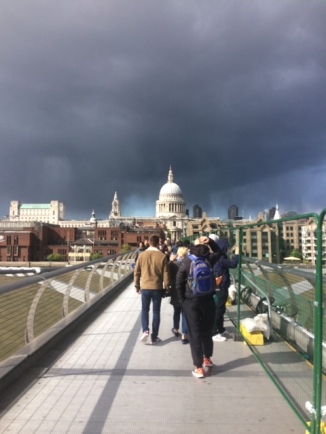 Walk up St Martins-le-Grand, to the Museum of London and Barbican, both worth a look. Then follow Little Britain, past St Bartholomew the Great Church (the oldest surviving church in the City of London).